Resistors: These are the electric components which are use to oppose the flow of current. Generally, Resistors are made by the ceramic rod and over that rod, aluminum is coated. For every resistor will have the different colors. So depending on the colors, the value of resistors are calculated. So that value gives the how much current it can resists. When the current flow through the resistance it absorbs that electrical energy and it dissipates in the form of heat.

a)Fixed resistors:  The values of the resistors are fixed and can not be changed. These are very cheap and occupies less place.Its range from  1 ohm to 25 mega ohms. Power rating will be ¼ th watt to 5 watts. These are less stable and makes noise compared to other resistors.

Wound wire is known as resistor wire and it is made of Tungsten, manganin, Nichrome or nickel or a nickel-chromium alloy. the Enamel coating is made of porcelain, Bakelite, press bond paper or ceramic clay material.

This resistor will have thick conducting material.

The flow of current changes with a change in temperature or the applied voltage.

The flow current changes with the change in temperature are known as the thermister. So thermister is the temperature sensitive device.

The flow of current changes with the change in the applied voltage is known as the Varistors. 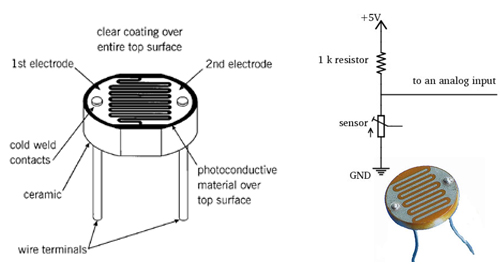 Depending on the intensity of the light the resistance value changes. I.e, when the light falls on the LDR the flow electrons increases then the resistance of semiconductor material decreases. So LDR is the negative temperature coefficient. 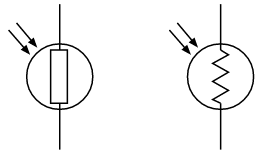 SMD stands for Surface Mounted Device. An SMD is any electronic component that is made to use with SMT or Surface Mount Technology. SMT was developed to meet the ongoing desire for printed circuit board manufacture to use smaller components and be faster, more efficient, and cheaper.

Below is the table (1) to shows the multiplier values of different Letters using in the EIA-96 coding system for SMD Resistor Codes.

Also, look in the examples of reading EIA-96 SMD Resistor Codes for importance the use of table (2)

Note: these calculations are applicable only to that resistors which are with color bands.