“Dance let us meet our own selves, so dance it out!”

Dance is the form of art which doesn’t have any boundaries, whether you just shake your hands in utter please but with fun and passion, it could be called dance. It is the pleasure of feeling released from all barriers around and follows our heart.

From the very beginning, many dance forms emerged and became part of our lives- be it Jazz, Salsa, Classical, or Waltz. But the most happening thing about dance it, it can emerge from anywhere just like the current favorite dance form called “Parkour” which is actually not a dance form but a training discipline that developed from military obstacle course. 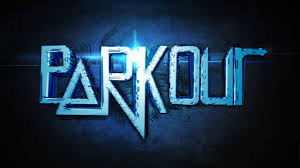 Practitioners aim to get from one point to another in a difficult environment, without assistive equipment and in the fastest and most efficient way possible. Parkour includes running, climbing, swinging, vaulting, jumping, rolling, quadrupedal movement, and other movements as understood most suitable for the situation. Parkour’s development from military training gives it some aspects of non-combative martial arts.

Parkour was developed in France (French pronunciation:  [paʁkuʁ]), primarily by Raymond Belle, and further by his son David and the latter’s group of friends, the self-styled, Yamakasi, during the late 1980s. The discipline was popularized in the late 1990s and 2000s through films, documentaries, and advertisements featuring the Yamakasi.

The history of this field calls it a kind of non-combat martial art skill. Although its aspects have changed in today’s scenario, now, it’s not only a form of martial art but, a kind of dance form as well which requires the great extent of physical and mental power. 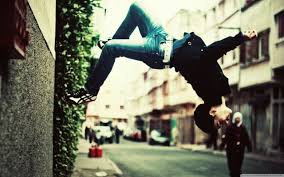 Although more usually classified as a sport than an art form, the similarities between the two are obvious. Led by artistic director Jade Shaw, the Parkour Dance Company is the first UK based group to fuse the ethos and techniques of Parkour with the medium of dance. Now not only Parkour Dance Company but other dance institutes have adapted Parkour as a dance form and train students for the same. Many reality show contestants have mixed Parkour with a variety of other dance forms to reform it to their ways. Apparently many online YouTube videos have been uploaded showing pure Parkour or its use as a dance form.

So, it can be considered as a fact that Parkour has emerged as a dance form and is loved by all for its beauty for not only stunts but its purity and originality.