The word Jason (old French), faction (Latin) or fashion may have numerous meaning depending on the fact in which context it is being mentioned. In the general sense it refers to a particular way and manner of doing something or the  form of something. In crude terms,  it is the popular style or practice of clothing, makeup, body, furniture, accessories, footwear and so on. Thus, it may be applied to one’s style of dressing, living, behaving, writing, etiquette, socializing or performing at a particular place and time. In other words, it is the cultural construction or build up of the embodied identity. Moreover, fashion encompasses all sorts of self-fashioning, including street styles, as well as so-called high fashion created by designers , couturiers. Several kinds of fashion is noticed. There are aristocratic fashions, film-style fashions, peasant-class fashions and also a kind of fashion known as maverick fashion. Naturally, it is related to dress, etiquettes and manners. But there lies a slight difference between manners and fashion. Manners refer to something more natural, deeper, inherent to an individual or a group or community of people. On the contrary, fashion is dynamic, it changes with time, place for the same troop of people. Fashion can also mean a style of language or behaviour. Fashions are a kind of nonverbal communication. The term Fashion is often used as a synonym for glamour and style. Fashion is like trends. It changes more rapidly than the entire culture

There are aristocratic fashions, film-style fashions, peasant-class fashions and also a kind of fashion known as maverick fashion. Naturally, it is related to dress, etiquettes and manners. But there lies a slight difference between manners and fashion. Manners refer to something more natural, deeper, inherent to an individual or a group or community of people. On the contrary, fashion is dynamic, it changes with time, the place for the same troop of people. Fashion can also mean a style of language or behavior. Fashions are a kind of nonverbal communication. The term Fashion is often used as a synonym for glamor and style. Fashion is like trends. It changes more rapidly than the entire culture

Historians date the start of Western fashion in clothing to the middle of the 14th century, Initially, an evolution of changes in fashion led to a fragmentation in the upper classes of Europe of what had previously been a very similar style of dressing, followed by the subsequent development of distinctive national styles. These national styles remained very different until a counter-movement in the 17th – 18th centuries imposed similar styles once again, that mostly originated from Ancient Régime France. Although the rich usually led fashion, the accelerating affluence of early modern Europe led to the bourgeoisie, so also the peasants following trends at a distance, but still uncomfortably close for the elites – a factor that is regarded as one of the main motors of changing fashion, by the historians. Fashion in the 1960s reflected the cultural and political upheaval of the time. The hippie and counterculture movement gave rise to accessories like headbands of the Pocahontas-style and medallions are worn around the neck. Hippies wore a sort of long, loosely fitting clothing, often in natural fabrics. Hemlines rose as Mary Quant popularized the miniskirt and hot pants in her lines for JC Penney. And mod fashion, with brightly colored space-age geometric patterns, shift dresses and colored tights became the mainstream. Both miniskirts and mod shift dresses were worn with knee-high go-go boots. In this manner, down the corridors of history, many trends of fashion came into the picture and even now it is coming up with new styles and along with the revival of old ones. Fashion is more than just a designer’s whim. Fashion is a reflection of a given time, socially, politically, economically, and artistically. The changing styles exhibit just as much about history and the time period as any history textbook. It reflects on what people think, what they valued and how they lived.

In modern times there has occurred a mingling of the western and eastern cultures resulting in the evolution of a new type of fashion trend known as the INDO-WESTERN FASHION TREND. With time, it is becoming all the more popular and it is being loved by people all over the world. This is because of the fact that through this new trend person of both west and east find an opportunity to improve their fashion sense and thus come up with new trends taking ideas from the other side. Hence it proves to be beneficial for both.

Talking about India, the country and its people has also been the witness to the evolution and also the fading of several fashion trends in course of time.during its captivity in the hands of the British, Indians were greatly influenced by the western fashion and they were seen leaning towards coats, dresses, hats, boots, jackets leaving behind sarees, kurta, dhoti behind. But as the battle for independence started, the Indians retrieved their faith in “khadi”, or Indian clothing. Since after its independence, India has progressed its journey through the path of fashion both popularizing the eastern and western influence over it. In modern India, there is a great alliance of fashion towards western culture and it can be considered as a both positive and negative issue for the culture of the nation. But nevertheless, it should not be denied that we have also improved our trends in traditional clothes as well. Nowadays, the preference of both western and traditional or ethnic clothing has reached equilibrium undoubtedly.This is because nothing succeeds in bringing out the essence of feminism in women more beautifully than the elegant and colorful traditional wear. With ethnic vibe becoming a favored and common theme on the ramp, the ethnic-chic-with-a-twist-of-modern has taken the fashion world by storm. Traditional attires have got a modern twist and have become a trend we can sport on the day-to-day basis. The classics such as the sari, dhoti, salwar kameez and kurtas too have undergone a creative transformation. 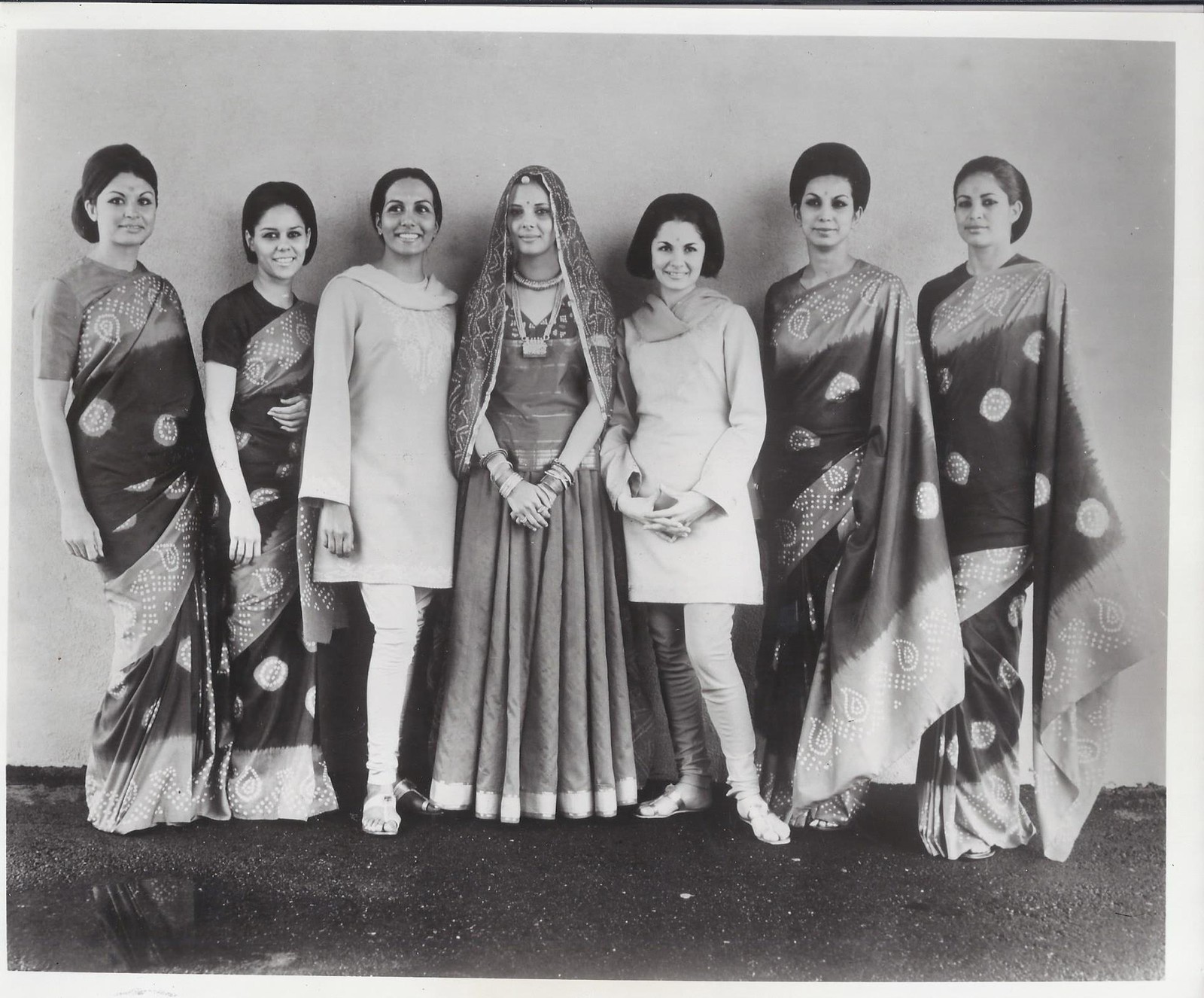 Well, making an outfit look contemporary and ethnic at the same time isn’t a tough nut to crack. Just a little bit of creativity and a little fashion sense and one gets it. Whether it’s chiffon, georgette, satin brass, net or any other fabric, the designer can play with sequins, stones, beads, cut work and thread work of contrasting shades to augment the modern look.

As previously mentioned, fashion is constantly reinventing itself, and while designers introduce new styles every day, they also remix trends from past years, making them cooler and more modern for the new generation. In support of this fact, several examples can be cited. When the short — skirt in the front, shorts in the back — made its comeback in 2013. The frumpy garment that was originally created for female athletes was replaced by a chic, asymmetrical version, that graced the legs of supermodels, bloggers and every woman on the street.

Well, talking about the merging of ideas across the world in the field of fashion it should be duly noted that it has both nurturing and adverse effects. Firstly, such a confluence between alien and local cultures gives birth to new ideas, trends, facilitating mankind with something new every time. But again, it makes the local culture lose its sanctity and identity too.

When the question of the influence of fashion on society comes into the picture, the most important topic that grabs our attention is the effect of fashion on teenagers or the youth. Being the most flexible in accepting new ideas, the youth gets greatly impacted by fashion. when there occurs a change in the fashion trend, the acceptance and indulgence of the youth in farming the new trend acts as a catalyst for change. A simple fashion trend can change a teenager’s attitude in numerous ways. When teens feel more socially acceptable and confident in their approach due to the way they look that becomes an example of a positive effect of fashion.  Although clothes are powerless on their own, they represent symbols that have the strong influence. For instance, females who wear high heels, feel more independent with a higher self-esteem. Fashion can also help teenagers identify their personalities by finding groups of other teens who share the same taste in dressing. 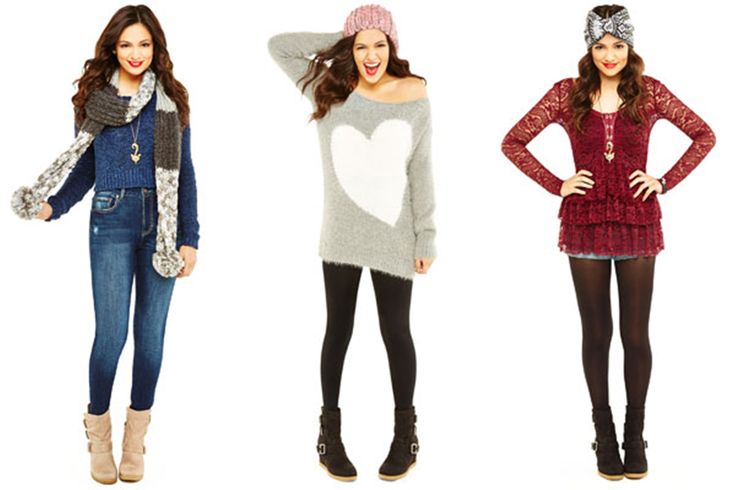 On the other hand, there are negatives to fashion also, such as when teenagers go to extreme lengths to attract attention with their clothes. Due to society and peer pressure, teen girls can be inclined to wear revealing clothing and act in a way, inappropriately for their age. Some teenagers even become victims of depression in their quest to keep up with the current fashion habits. Instead of being creative and original, the teens end up copying others in a desire to fit in.

In the long run, “Fashion is the armor to survive the reality of everyday life.” It is sufficiently evident that fashion leads to a huge impact on today’s culture as well as, in our every day’s life. Fashion had always resulted in an impact on the social culture. Not only that fashion industry is changing, growing; it is influencing the thoughts as well as our outlook towards the society.
We individuals think we can wear whatever we want, without outside influence. But there may be chances that someone already has gone for this look which one creates. Fashion is also dependent on people’s life as well as on culture, the way people travel, the way they live. It also influences our way of communication or how to determine the most popular trends. The effect of fashion in our life gives us the benefit of getting into something new. Through fashion, the world re-establishes new line of our culture. We invent new knowledge of redefining ourselves. Fashion import what we wear, whatever is in a season.

People who travel around the world, adopt various styles as fashion varies from culture to culture. Celebrities to come up to become a famous fashion designer in order to incorporate with them their own sense of style.
The latest trends show that teenagers follow the style of celebrities, they put on clothes that are put on by celebrities. All try to imitate their styles and that become the latest trends of the fashion. The designers are the driving force behind the invention and its adoption and became the newest trends of fashion. Thus the designers are regarded as the brains of new fashion style. The designers mainly put emphasis on what is “IN” .