Beyond our Solar System: TRAPPIST-1 System “Science is an ocean of practical knowledge and space its heart.”

[dropcap]F[/dropcap]rom the very beginning of the evolution of human brain and new discoveries in science, astronomers and normal people had a question in their head-“Does life exist on other planets i.e. Do Aliens exist?” or “how many estimated planets would be there in just our Milky Way Galaxy?” and most importantly “Is there any possibility of other worlds as same as ours?” and to seek answers to such questions astronomers across the globe began their journey to discover new planets and solar systems. A great deal on this topic had been discovered but this is a surety that the scope of this stuff is as vast as the universe itself.

To aid this research, National Aeronautics Space Administration (NASA) along with other astronomers has discovered a whole new solar system much similar to ours. This new solar system has seven planets revolving around the star TRAPPIST-1 as informed by NASA. TRAPPIST-1also designated as 2MASS J23062928-0502285 is an ultra-cool dwarf star, which is slightly larger, but much more massive than the planet Jupiter, located 39.5 ly from our Sun in the constellation Aquarius.

As of February 2017, the ultra-cool dwarf star has been shown to host seven temperate terrestrial planets, a large number than detected in any other planetary system and three of them are in habitual zone (can sustain life) as said by NASA, although there is possibility of liquid water on other planets as well and hence they could also sustain life. The space agency calls this discovery of the fascinating solar system record breaking. Astronomers first discovered three earth sized planets orbiting around this dwarf star in 2015. A team led by Michaël Gillon the University of Liège in Belgium detected the planets using transit photometry (The technique of watching for a star to dim when a planet passes in front of the distant sun) with the Transiting Planets and Planetesimals Small Telescope (TRAPPIST) at the La Silla Observatory in Chile. This work used the NASA Spitzer Space Telescope and the Very Large Telescope at Paranal, among others, and brought the total number of planets to seven. 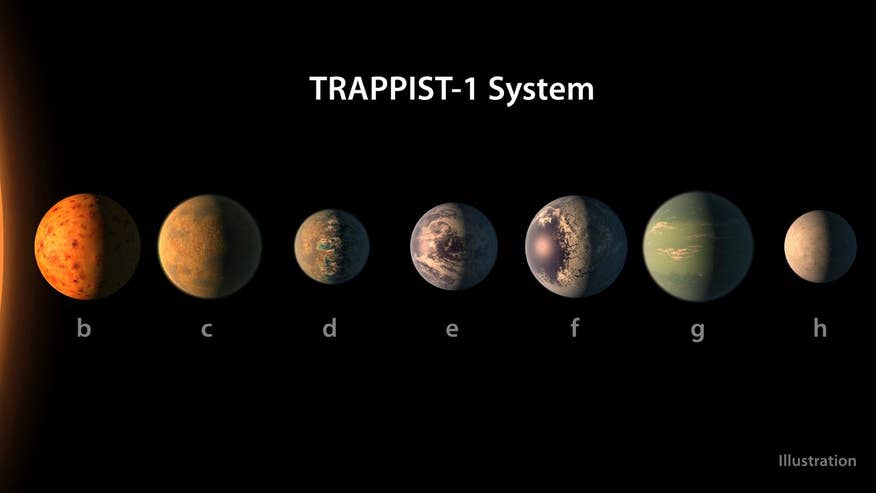 “The discovery gives us a hint that finding a second Earth is not just a matter of if, but when,” said Thomas Zurbuchen, associate administrator of the Science Mission Directorate at NASA Headquarters, at a news conference announcing the discovery. Zurbuchen called it a “major step forward” towards the goal of answering the very big question: “Is there life possible on other worlds? The discovery “is very promising for the search for life beyond our solar system,” Michael Gillon at the University of Liege in Belgium added during the press conference. This is the first time astronomers have found so many Earth-sized planets circling the same sun and therefore is a great deal of discovery. 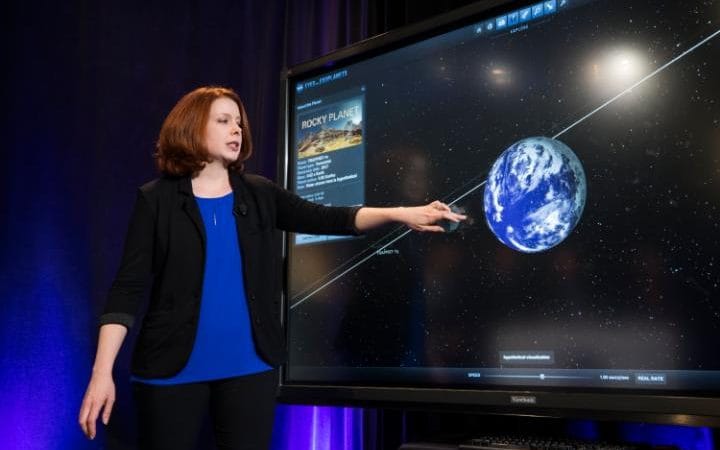 Since the seven planets orbit the star which is roughly 40 ly away fairly close to each other, the view of one planet from the other would be as big, if not bigger, than the way we see the moon from Earth. “If you were on the surface of one of these planets you would have a wonderful view of the other planets,” Gillon said, adding that they would be much bigger than just “dots of light” in the sky, as we see other planets, like Venus, from our home planet. The three planets in the habitual zone, also known as the Goldilocks Zone, are called TRAPPIST-1e, f, and g. Exoplanet “e” is about the same size as our Earth and receives around the same amount of light as we do.

While this discovery was made using the Spitzer Space Telescope, one of the most important tools in the search for other planets is the Kepler Space Telescope, which is credited with 2,331 confirmed exoplanets discoveries. It uses the transit photometry technique and almost about 74% of the known exoplanets have been discovered using this method, according to NASA.