Albert Einstein a well-known genius of the modern age. Time magazine termed him as “THE PERSON OF THE CENTURY “. This legend born in a Jewish family in Ulm, Germany and died in Princeton Massachusetts. He faced a lot of obstacles in his path to becoming successful scientist. Let us know them one by one.

Though Albert born in Ulm he grew up in Munich. Young Einstein was a slow learner, he is unable to speak and mingle with others easily.His only friend there in Munich is Yuri.Many of his teachers thought that Einstein is mentally retarded due to his behavior in a classroom. As he didn’t like to buy heart he received many punishments in his school. In addition to this being a poor student he was unable to get good shelter. He lived in one of the poorest quarters of Munich the atmosphere over there made him feel miserable. 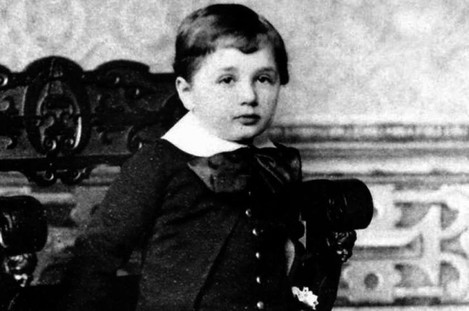 His cousin Elsa who normally comes to Munich even urged him to buy heart which is impossible for him to do. By any means, he thought of getting away from that school without affecting his chances to get into a university. With the help of Yuri, he got a doctor certificate. But due to repeated complaints the head, he himself sent away Albert from the school. Anyways he completed his schooling in Switzerland. He obtained his diploma at the cantonal school in Aarau and got admitted into Federal Institute of Technology in 1896and completed his graduation in 1990. Einstein had a hard time in finding a job. He tried to apply for multiple academic positions in a university but failed due to a recommendation letter of one of his professors. But he got a full-time job as a patent clerk in Bern Switzerland. Later in the year 1905he got a doctorate from an institute of technology in Zurich and married Mileva Maric who was his college mate in Zurich. This year 1905 is termed as a golden year for Albert because he published very important papers on the following  which made him known worldwide instantaneously

He was offered a professorship at the University of Berlin and a full-time membership in the Prussian academy of sciences in the year 1914. His wife didn’t like go with him and she stayed in Zurich along with her two sons. Due to some reasons, they were divorced and he married his  Elsa Lowenthal who is very closely related to him. In 1920 he was appointed to a life long honorary visiting professorship in the University of Leiden in Holland. Albert Einstein
was awarded prestigious Nobel Prize in the year 1921 for his work on a theory of relativity and Photoelectric effect. Due to an agreement between him and his first wife he gave all the money he got through Nobel prize to her.

What made Albert migrate America… 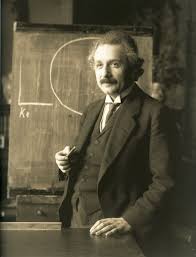 In the year 1922, he along with ChaimWeizmann traveled all around to earn the  Support of the world for an independent state people. Even his theory of relativity is termed as Jewish physics. In Germany hatred towards Jewish people is growing those days. These Nazis led by Hitler started attacks on Albert. All these consequences made him migrate to America in the year 1933 resigning the post and the membership in Prussian academy of sciences. His mass-energy equation gave rise to the discovery of the atomic bomb in 1939. He got depressed as he became the main cause for its discovery. He got US citizenship in 1940. In the year 1952 after the death of Israel’s first president Chaim Weizmann, he was offered the position of Israel President. But he politely declined that offer. He spent his last days in Princeton, Massachusetts. He died in the year 1955 on 18 April.

Albert’s brain is different from us.

After the death of Albert Einstein, his brain was removed from his body by Thomas Harvey for his research. Eventually, he was fired out from the Princeton university for doing it. He made it into 200parts and observed that parietal lobes which are responsible for mathematical, visual, spatial coordination are 15%larger for Einstein than normal human being.

Some unknown facts about Albert.

Albert cannot remember many persons, he cannot even remember his phone number.

He never put on socks when he wore shoes even when he went to Whitehouse.

He used to collect money for his autograph and donate it to charity.

He had a habit of a smoking cigar when he goes to his office in Princeton leaving clouds of smoke behind him.

His favorite hobbies are sailing and playing the violin.

He had at least six affairs even after his first marriage but after a death of his second wife Elsa in 1934 he avoided them.